How about some travel writing? Recently I got back from India, where I was traveling for a month with my sis. We blogged it on her site: https://www.casualodyssey.com, but I’m going to re-publish the articles I wrote here. Enjoy!

Two new additions to the zoo

We woke up in Mysore to the incongruous sound of the Muslim Fajr (“dawn”) prayer mixed with a chorus of howling street dogs. Well rested and hopeful, we checked on the status of our bags and learned that only one had made the trip from Frankfurt. Honeybee (my yellow and black bag) would be delivered to us in the afternoon, which at least allowed us to look forward to fresh clothing. Butch (Allison’s bag) would be on the next overnight flight. Or so we were told. Maybe we’d be travelling one city ahead of Butch for the next four weeks, it chasing us across the country at Lufthansa’s expense.

We walked the few blocks to the Sri Chamarajendra Zoological Gardens, and I got used to stepping into oncoming traffic to cross the road. Zoos are polarizing, but Mysore‘s zoo is recognized as among the best in the world and we were impressed with the size, all rescued and rehabilitated animals, and its no plastic policy. 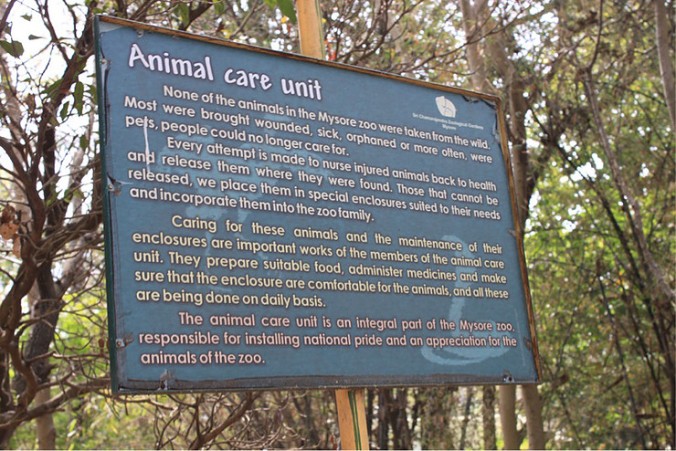 It was Saturday, so the zoo was busy with families. I lived my childhood dreams and saw a blue macaw, and I especially adored the funny, tank-like rhinos. Allison was charmed by the statuesque Saurus cranes and the marmosets, which she dubbed “the bulldogs of monkeys.” The animals were surprisingly active for mid-day, excepting the lions, white tiger, and hyenas who were napping or nowhere to be seen. Most active were the elephants, who were feeling… romantic. 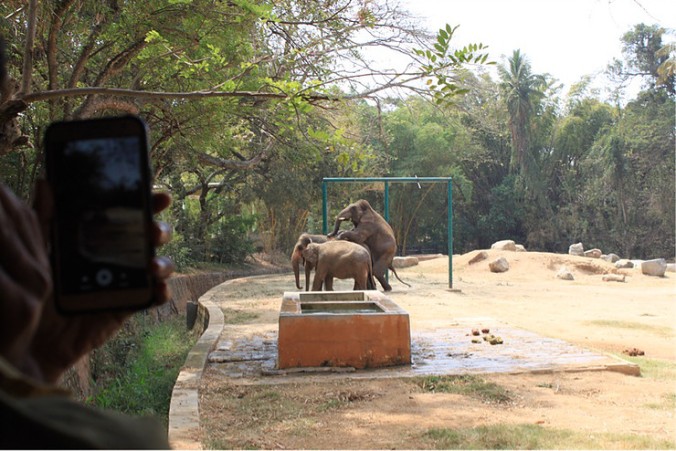 The amorous elephants were a popular photo, but a bunch of locals were just as interested in taking a selfie with the newest additions to the zoo: the two blond-haired, blue-eyed Canadian women wandering freely. The attention (and strangers just passing their children to Allison to hold for photos) made us feel part celebrity, part exhibit, but was ultimately harmless and something we’ve since learned will happen wherever we go. 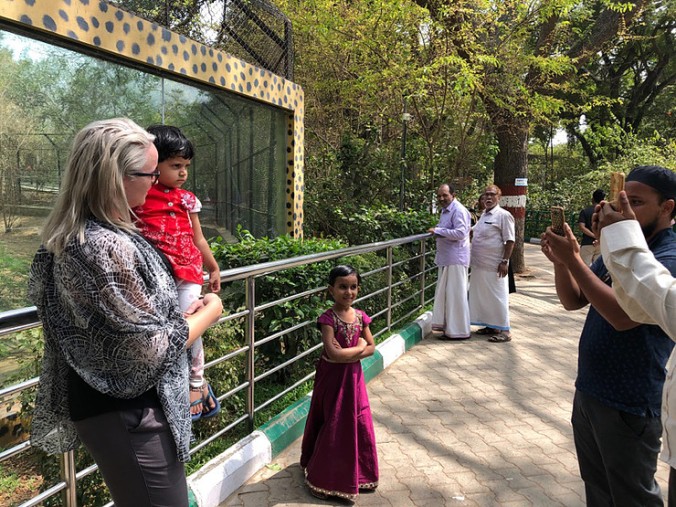 Signs at the zoo explained that “Watching Animals Calmly gain’s Peacefulness” and “Animals are true Friends than Humans” alongside some others that illustrated the graphic results of sticking body parts into the animal cages (plus, the signs said, eating us might make the animals sick). A couple hours in, ice cream was a necessity, though we had to finish our treats before rounding the corner because the monkeys (local and loose) would take our cones.

In the evening (after Honeybee was successfully delivered!), we took my first-ever auto-rickshaw ride to Mysore Palace. We were surprised to see mostly Indian visitors at this busy tourist stop, and once we figured out how to deposit our shoes behind the counter, we joined the crowd to walk through this gaudy early-20th century building. Beautiful tile work, ornate pillars, carved teak doors, and chairs made entirely of glass were the highlights of the palace. This location was the seat of the Wadiyar dynasty which ruled over the Kingdom of Mysore for nearly 200 years. The old palace was gutted by fire in 1897. 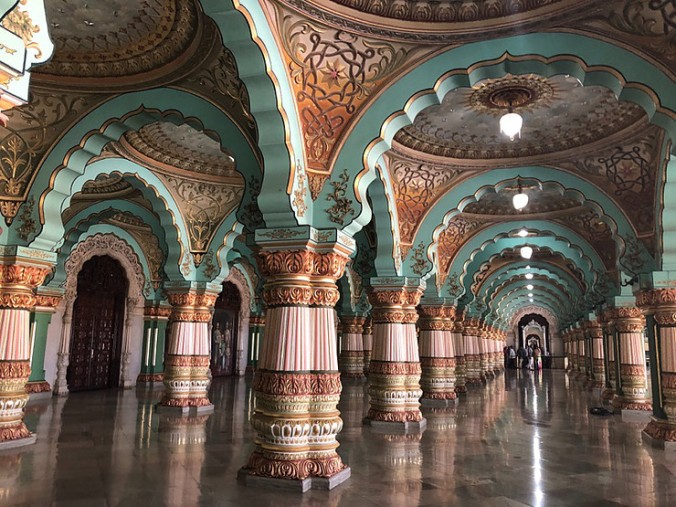 Busy day completed, we went back to our (air-conditioned!) room and hoped for good news on Butch in the morning.

The Devaraja Market was a wonderful photo op filled with flowers, veggies, and spices. Not much for us to actually buy, but still worth the look. Google Maps led us on a roundabout journey through alleyways overflowing with bananas. 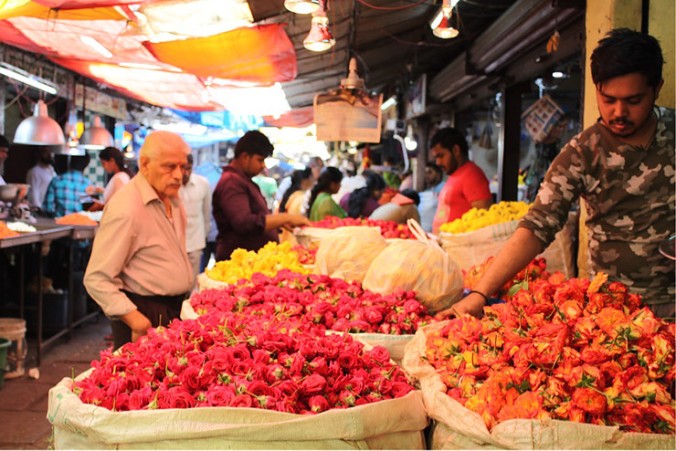 The afternoon saw us relaxing in the common room of The Mansion, waiting for Butch to arrive, and counting down the hours until our overnight train to Hospet, outside of Hampi. By 2 p.m. Butch was in our hands and our train travel plans could stay on track.

Fully bagged and ready to say goodbye to Mysore, we navigated the train station without too much trouble. Once we found our proper car (thanks to the kind porter who checked our tickets and pointed us to the air-conditioned car), I had my first ever overnight train ride. Allison, for whom Asian train travel was old hat, was thrilled that everything seemed to work on the train. I was mostly thankful for a western-style toilet. Allison kindly gave up her bottom bunk so an older couple didn’t have to climb to an upper, and eventually, we slept. 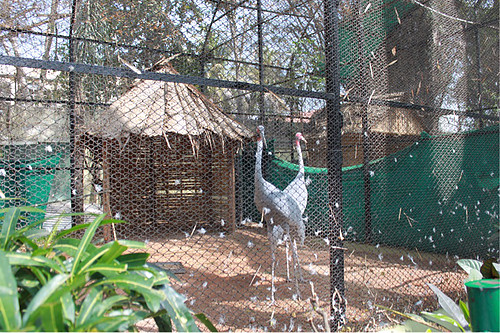 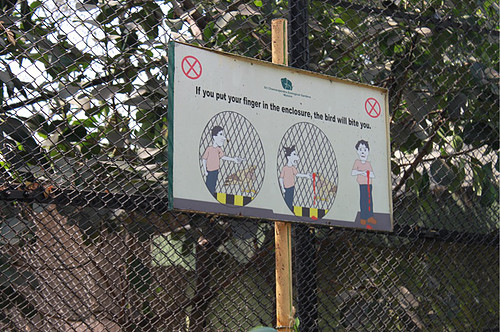 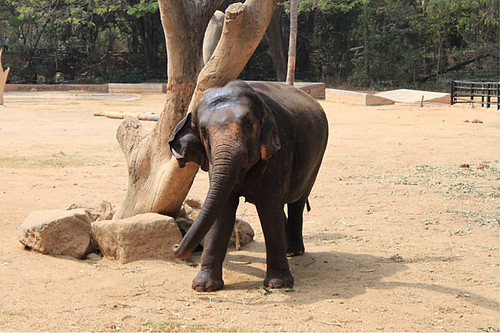 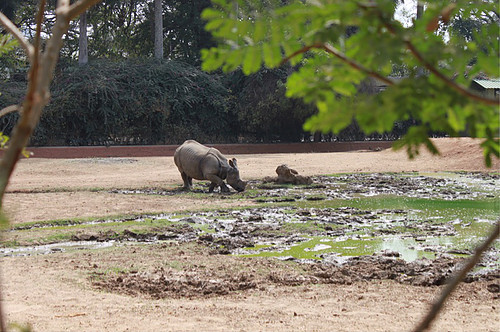 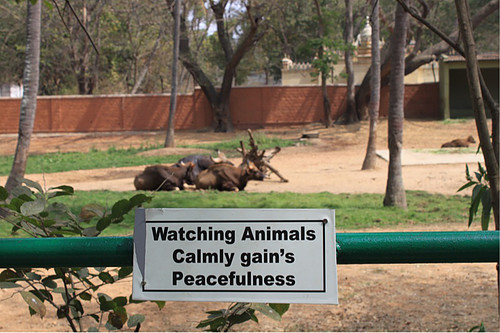 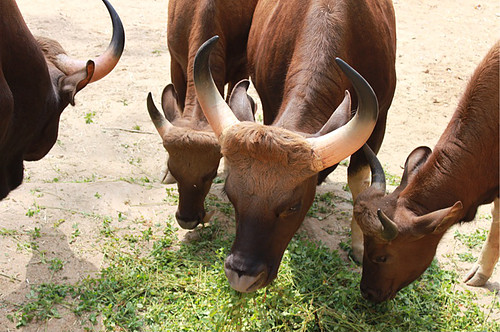 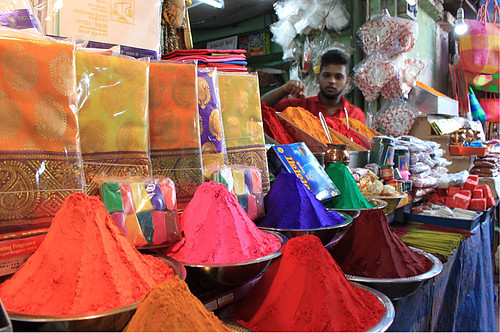 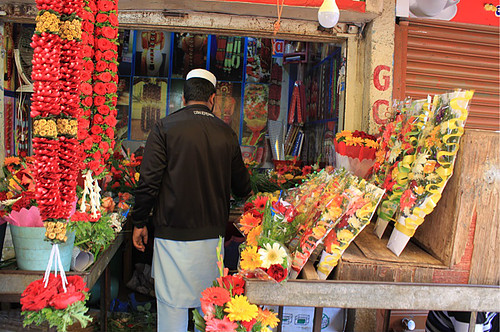 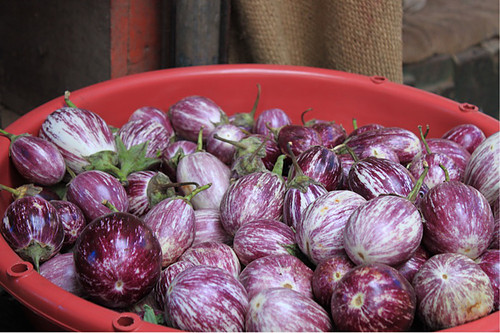 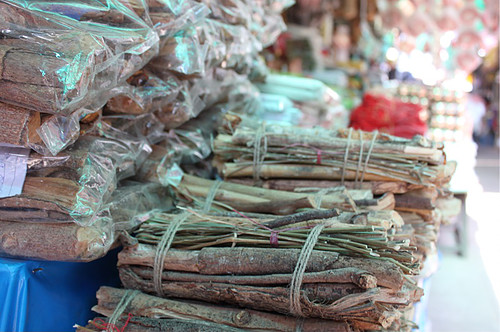 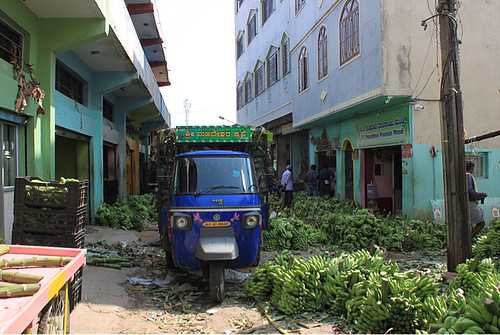